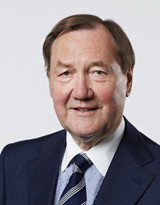 Deputy Chairman of the Advisory Board Germany

Since 1987 Mocken has been a member of the Presidium of the Federal Association of the German Liquor-Industry and Importers. (BSI). From 1993 to 1996 he was Deputy President of the BSI

In 2009, the former Federal President Dr. Horst Köhler awarded Mocken with the Cross of the Order of Merit of the Federal Republic of Germany at the suggestion of Prime Minister Dr. Jürgen Rüttgers. 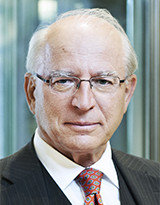 CAfter graduating with distinction in 1961, Claus Josef Raidl studied economics at the University of World Trade in Vienna. He also graduated from Duxbury High School in Massachusetts. In 1966 he graduated in business administration and in 1971 he received his doctorate in commercial sciences. During his studies he was chairman of the official representation of university students in Austria at the University of World Trade.

At the same time, he started his activity as an assistant at the Institute for Applied Social and Economic Research in 1970. After further work with banks and insurance companies, Claus Raidl became a board member of ÖIAG in 1982. He was also a member of the Management Board of VOEST-Alpine and Austrian Industries or to be precise Deputy Chairman of the Management Board. From 1991 to 2010 Raidl was CEO of Böhler-Uddeholm AG. It should also be mentioned that Claus Raidl was appointed President of the General Council of the Austrian National Bank in 2008. He was also a member of several supervisory boards, including Vienna Stock Exchange, Donau Insurance and Wienerberger.

From 2001 to 2006 he was President of the Austrian FH Council (FHR) and is Chairman of the Board of Trustees of the Institute of Science and Technology Austria (ISTA) as well as Vice President of the European Forum Alpach. He is married and has three sons.

He has published articles in compilations and various economics journals on issues of economic order, industrial policy, the problems of tax and budget policy and the opportunities of Austria as a business location. 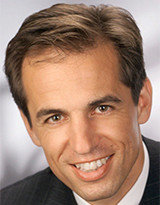 From 1995 to 1997 he was at the J.L. Kellogg Graduate School of Management Northwestern University in Evanston, Illinois, and graduated with a Master of Management in June 1997. The focus was on the areas of Finance, Accounting and Management and Strategy. For this he received both the „Outstanding Student Award for Accounting and Information Systems“ and the „Top Student Award for Investment Banking“. He also made it onto the „Dean’s Honor List“.

SomSommerer’s career began with a trainee program from 1991 to 1992. From 1992 to 1995 he worked in foreign exchange trading, more precisely in corporate banking for foreign exchange and interest rate products. Further stations led him to Creditanstalt-Bankverein Vienna. From 1997 to 2010 he was a member of the Management Board of AT&S Austria Technologie & Systemtechnik AG with responsibility for Sales and Marketing, Communications, Human Resources, Trading, Strategy and Business Development and Development Circuits and Components (DCC).

From 2010 to 2013, he was CEO of the listed lighting specialist Zumtobel AG before starting to build up an investment portfolio in 2013. Dr. Sommerer is a member of a number of supervisory and advisory boards. 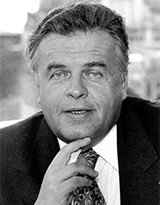 After his apprenticeship in a dairy factory, Thoma graduated from night school in 1958 and then studied law at the University of Vienna. There he also received his doctorate in 1962.

After various internships at courts and work in various chambers, he headed the legal department of ORF „Österreichischer Rundfunk“ from 1968 to 1973.

In 1973 he moved to the IPA „Information et Publicité Allemagne“ in Frankfurt, the German general agency of „Radio Luxemburg“.1975 Geschäftsführer der „IPA Plus Deutschland“, Frankfurt

1975 CEO of „IPA Plus Deutschland“, Frankfurt

One outstanding stage in his career was the founding of the private TV channel „RTL plus“ in Luxembourg in 1984.

1988 „RTL plus“ moved to Germany under his chairmanship. This was connected with the renaming of the TV channel to „RTL Television“.

The television channel became market leader in Germany in 1992 and became Europe’s most successful TV station in the „Thoma era“.

Besides numerous television awards, such as „Bambi“, „Golden Camera“, „German Media Prize“ etc. and honors, he was awarded the renowned „Emmy Award“, the „Television Oscar“, in 1994, in recognition of his international career.

After his television career at „RTL Television“, he advised the then Prime Minister of North Rhine-Westphalia, Mr. Wolfgang Clement, as media representative.

Today, in addition to many national and international administrative and supervisory board mandates, Prof. Dr. Helmut Thoma is active in cable, internet and television companies and is currently dedicating himself as co-owner and managing director to his new great passion, the development and conversion of Europe’s largest regional television „NRW TV“. Thoma has already successfully launched a program for young viewers (14-29) called „Nix TV“.

Helmut Thoma looks back on a media career of almost 48 years now.